The Spy did a report on Lewis and Clark and had to type it up for a presentation tomorrow. It’s certainly more words than I’ve written/posted lately, so thought I’d share!

Detail of “Lewis & Clark at Three Forks” by Edgar Samuel Paxson, mural in lobby of Montana House of Representatives (source)

Meriwether Lewis was born in Virginia in 1774. Lewis was born in Locust Hill. It was near Thomas Jefferson’s home. As a kid, Lewis usually hunted in the middle of the night. Most of Lewis’ family was in the military. Lewis learned about the stars and how to know where he is when he looked up at them. Lewis learned how to fix a broken bone. Lewis learned how to make clothes out of animal skins too. Meriwether Lewis died on October 10, 1809 because of suicide or because of getting shot by another person.

William Clark was born in Virginia in 1770. As a kid, William Clark fished and hunted in the day time. He had one older brother his name was George Rodgers Clark. His brother was a famous general in the Revolutionary War. William Clark learned how to draw maps, build forts and sail boats. He did that when he was in the army. William Clark died in Saint Louis on September 1, 1838. 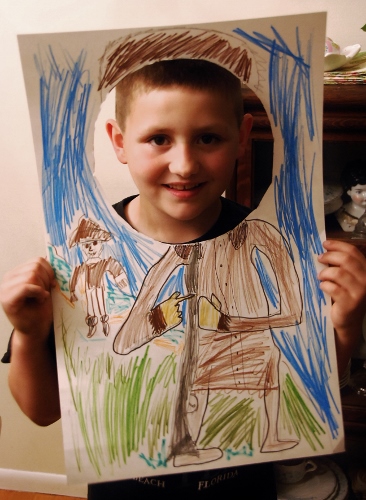 Clark (that’s Lewis in the background of the picture)

In the garden today… 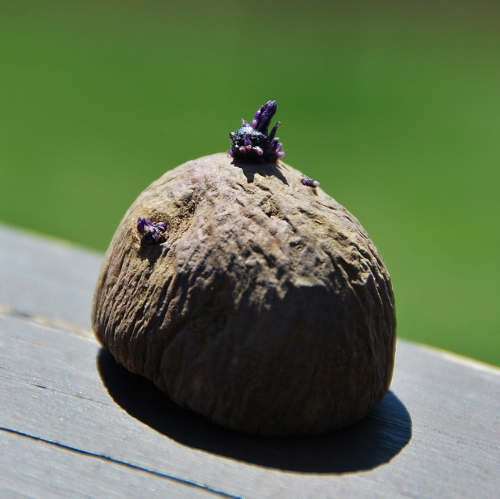 Still haven’t planted these spuds yet, it’s been chilly (we had flurries last night!) so waiting a few more days.

But it is definitely spring! The Spy after a hit at the first game of the season tonight. 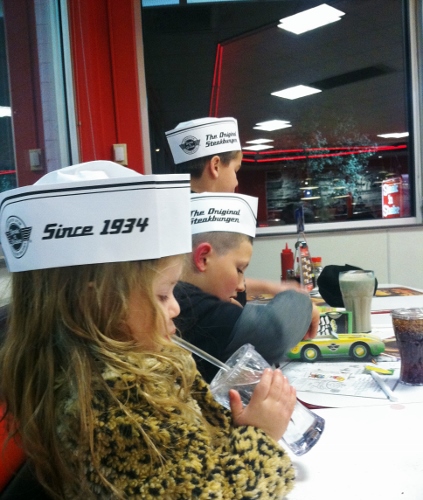 The team (and Baby) celebrating the season opener (a WIN)!