It is a great show. We’ve seen most of all the HBO/Showtime series and I daresay Game of Thrones is my favorite (though Rome would be a very close second).

I’ve always liked the history of the middle ages. The fantasy genre however, has never been my favorite. I truly think the Harry Potter movies are really stupid. And while Lord of the Rings is entertaining, I always found it a bit tedious. The fantasy in these movies is simply too obvious. Everything is magic. Which ruins the mystery. In Game of Thrones there is a judicious bit of fantasy. Just enough for it to remain mysterious. Which is sort of the whole point of dragons and monsters and other chimera: they’re only entertaining (at least to me) when they retain the element of the unknown.

We’ve just finished watching the first season of Game of Thrones. It took a week because unfortunately we can only watch it when the Spy is asleep or enthralled in a book in his room. Because, as it seems to be requirement of an HBO series, there are extremely graphic…um…kissing scenes. That pop up quite unexpectedly. It is very annoying because otherwise the Spy would enjoy it. But we have to draw the line somewhere, and NC-17 seems to be it. This quiet, child-free time is normally spent trying to come up with witty entries for this website. But the past few nights I’ve carelessly hammered out a few words, eager to get back to the middle ages.

In the show, there is House Baratheon, House Lannister etc. The different families that rule the realm. And heretofore we shall be known as the House of Smoochie. “Smoochie” is what my husband and I call each other. Also moochie and namanoochie. And when yelled across the house its “Moooo Cha!” 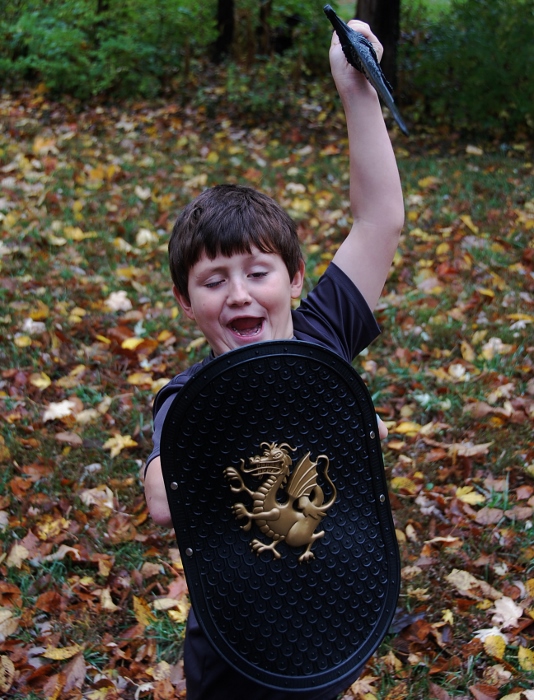 NO! The Game of Thrones is serious! 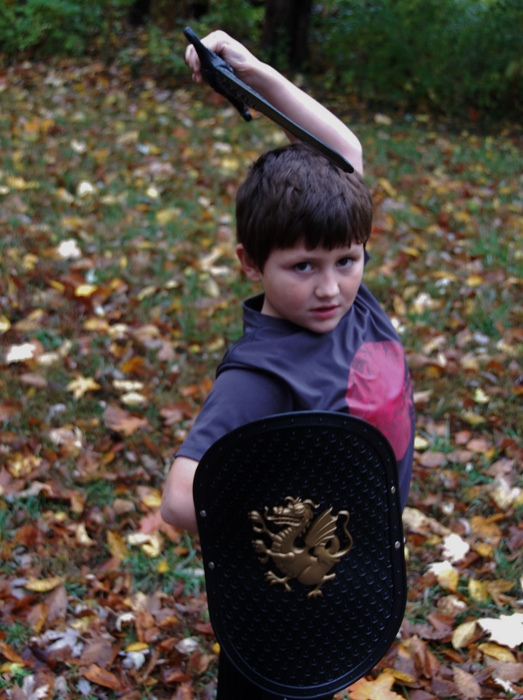 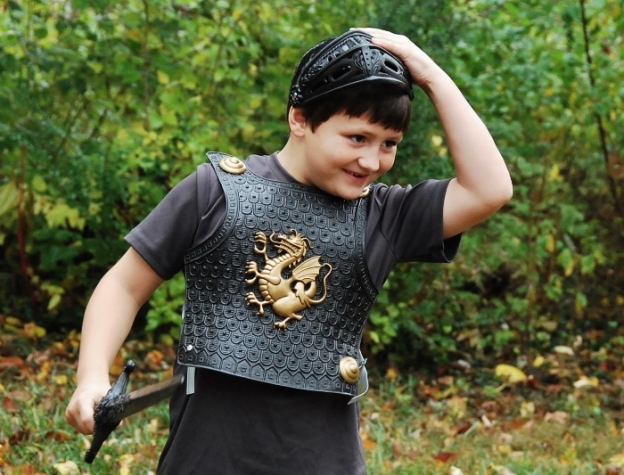 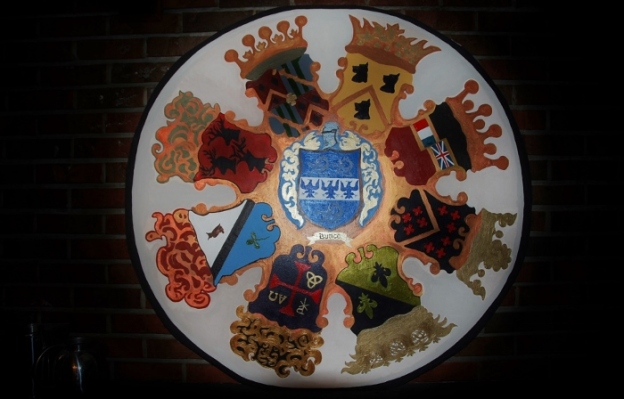 The crest of the House of Smoochie 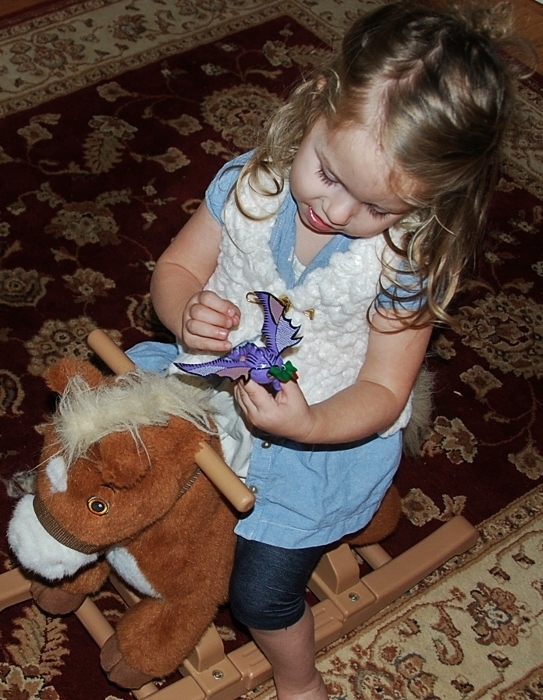 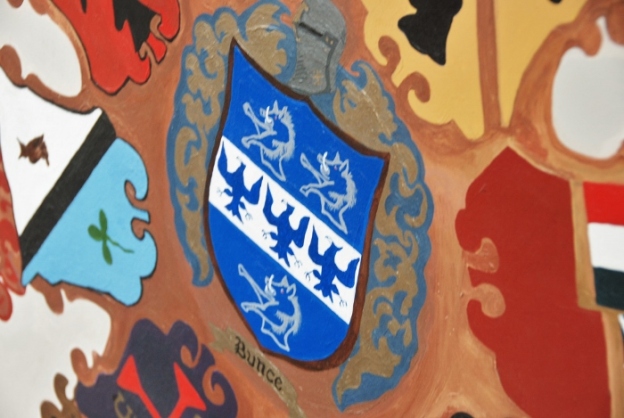 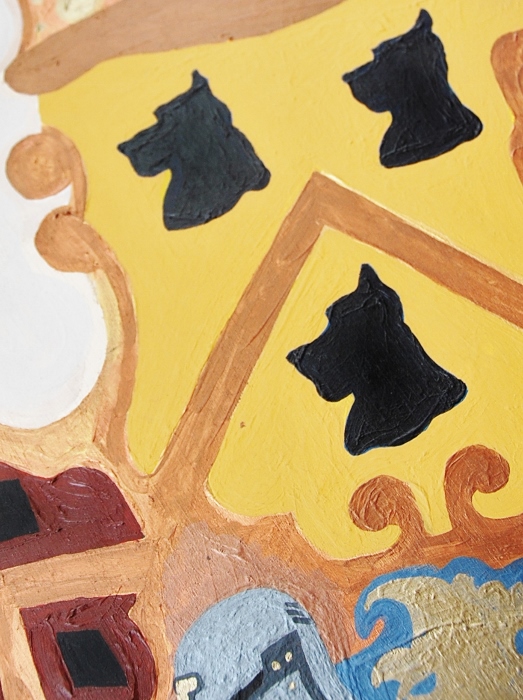 The crest of Scooby Doo.

I mean, they are great danes, but they look like Scooby. Humor is an important element in the House of Smoochie. My husband and I did this painting a few years ago. I blocked it out and did some of the outside crests and he finished it, adding all of the small details. Though I think the crowns still need some work. 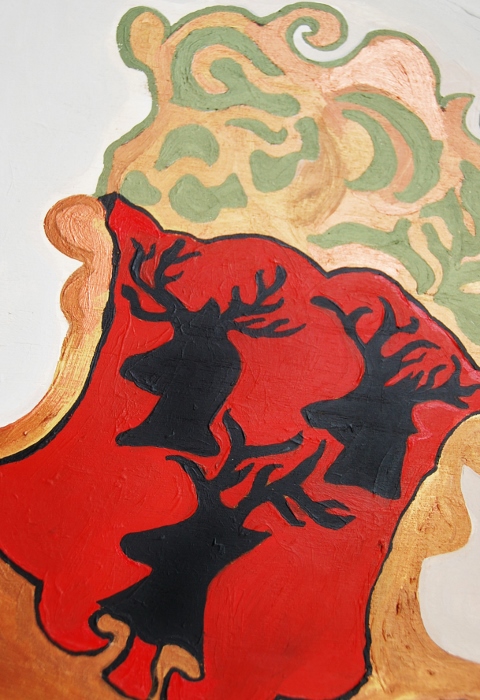 The crest of Christmas. Those are reindeer. Winter is coming.

My husband (smoochie) does the most hilarious and perfect impression of Drogo. Unfortunately, he would not let me put black eyeliner on him and photograph him shirtless (yet). I have extremely long, thick and wavy hair, that looks quite medieval. Though I haven’t adopted the medieval braided styles of the tv series (yet).

There is a cold winde blowing from the north and it is quite easy to imagine a deep dark winter is coming full of white walkers, raised from the dead (um, yeah Game of Thrones has medieval zombies, again, greatest show ever). So please forgive me if I add unnecessary “e’s” to the endes of wordes but I am enthralled. 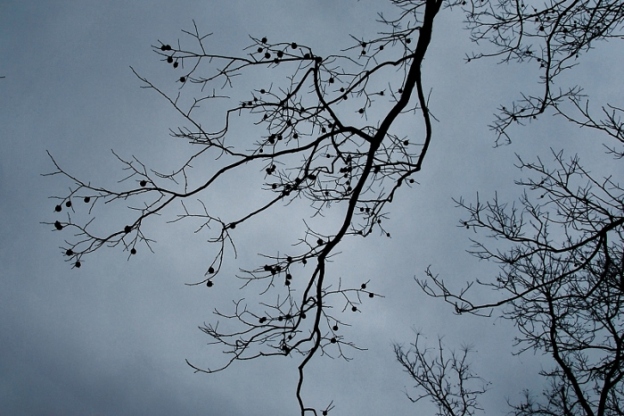 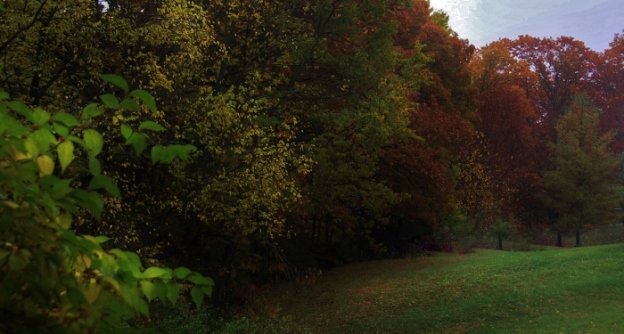 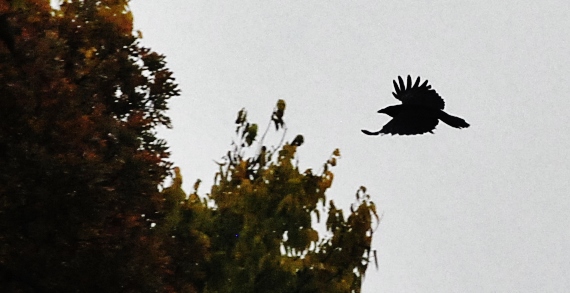 A raven brings a secret report from the north.

The winter winds doth blow and on a perfect grey November day (today), I took the little Dragon to market. It was hard not to notice the names of the various encampments on the ride. Greystone, Rosemore, Stonerun. And some of the signs even had ye olde fonts. There are stone walls and weathered wooden fence posts. And horses tossing their manes around in a medieval manner (we live in kind of a rural area). My black leather ankle boots clicked on the stone and I might as well have been walking the halls of Winterfell. 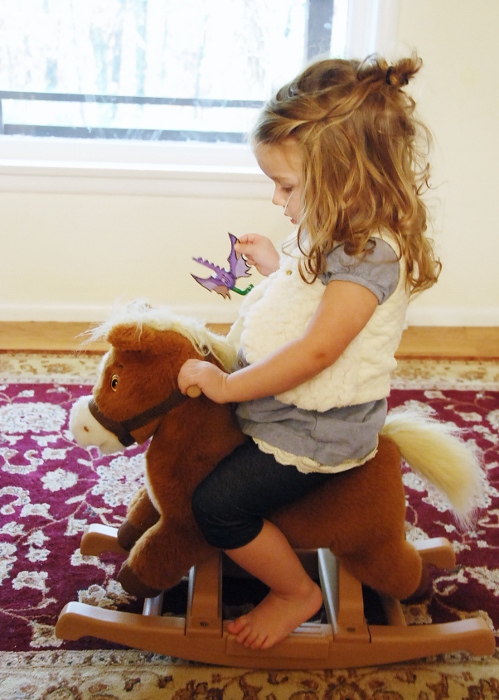 Yes, I am 31 and I am playing pretend. One of my favorite bloggers recently wrote about the same sort of medieval pretend, and I admit I sort of scoffed at the idea. How ridiculous really, I mean…I’m all for the silly…but strutting round the house calling my family members lord and lady and speaking in a vague English accent? Ok, well yes, I am doing that. And it is very enjoyable. All the more so because…

We shall begin to watch season two this very night.