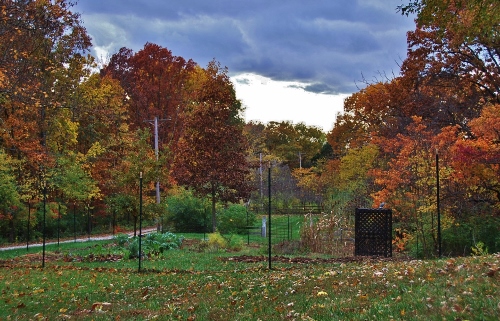 The large green plants on the left are the Violet de Provence artichoke plants (started from seeds 2011). They have set a ton of new foliage and are about three feet tall. Here’s how they fared last winter. And here’s the plants at their peak this summer. I think I will do the same thing with them this year, mulch around them and hope for the best. I’ve read you are supposed to tie the leaves together and then cut the excess but I didn’t do that last year and they did fine. And the foliage looks so cool as it changes through the winter I want to enjoy it! The white Belgian carrots weren’t supposed to be frost hardy but the tops are still bushy and green after a few frosts. I think I will leave most in the ground and then we will have white carrots for snowmen noses. The turnip greens are still vibrant and tolerating the cold, so am also going to leave those in the ground for awhile longer. Thyme, rosemary, mint, citrus mint are still lush and green and pretty much everything else has bit the dust. Or should I say, bit the frost?

The asparagus foliage is starting to turn and is a vibrant lime green. It will then brown and die and then we will see asparagus stalks shooting out of the ground in the spring! We started this asparagus patch from seeds in Spring 2011, so next year there should be a pretty good crop. 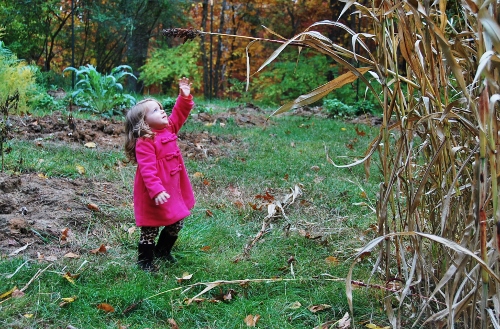 The sorghum stalks have turned brown. You can make a sweet syrup from the stalks but I think you need A LOT of stalks to do so. Plus some kind of mill or press to run them through. I mostly just grow the sorghum (the variety is called “yellow bonnet”) for fun. If it gets ample sun it grows very tall (ours is well over 10 ft) and the seeds are easy to save. It is very tolerant of drought. In 2012 we had a horrible drought but the sorghum did not suffer a bit. I’ve bought sorghum flour at the grocery before, which is made from milling the grains. You can cook the grains whole as you would barley or farro, and I’ve never tried doing so. The seed heads are very easy to get the seeds off of, so I have few excuses of why I shouldn’t try to collect up a pot-full and cook them up. They are about the size of a ladybug. And that is what baby was calling them.

“I’m getting the ladybugs off.”

I did spot one little surprise:

I had a lot of this growing in the garden in 2012 but this is the only volunteer I’ve seen this year. A pretty meager supply of pink! Most of the vibrant color we’ve found is outside the garden: 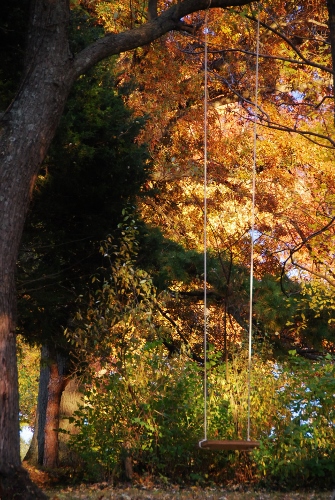 The best place to swing!

About half off the leaves have fallen from the trees.

Some are bare. This is a black walnut tree.

The same black walnut tree from whence these walnuts came.

Both sides are painted and were done by my husband on an old black shirt. The shirt has faded to gray and the flag looks perfectly weathered! 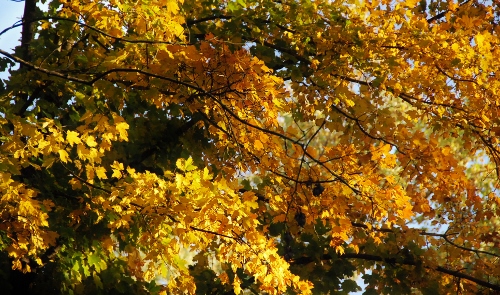 The last couple days I posted some stories from the Spy. I have one more and then I am done raiding his school writing journal to increase my word-count (at least for awhile):

A Birthday Story, by the Spy, age eight

One day there was a boy who was walking in the woods. That boy had his birthday coming up. His parents promised that boy he would get a bb gun for his birthday. At that moment, the boy heard a “grgrgrgr.” He turned around and saw a zombie. He sprinted to his house. When he got to his house he told his parents what happened. When he was done the house was surrounded. He asked his parents if he could open his presents. They said yes. He opened his presents. It was a bb gun. He ran outside like a wild man. He shot every zombie. He stopped and stared. He was smiling. He sprinted to the road and stopped at a 1971 Dodge Charger.

Because there’s always a 1971 Dodge Charger in a zombie apocalypse. And if you do watch The Walking Dead, did you catch the scene where Darrell is about to go on a run and they’re standing in front of a black Dodge Charger and he says, “Well, this is the fastest thing we have.” HAHAHHAhahah We are masters of Walking Dead predictions! 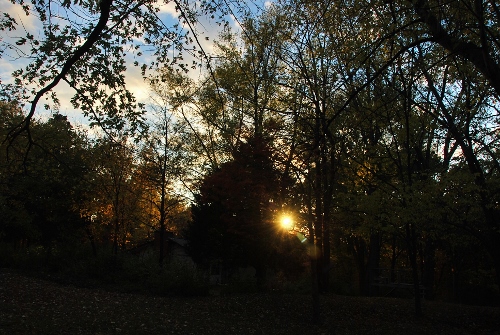