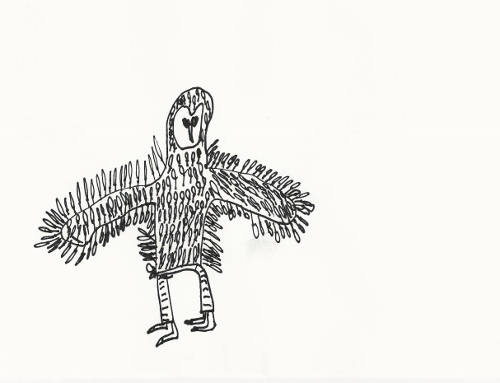 The Owl, by the Spy

Sometimes we refer to the Spy as the “animal whisperer”. A couple of fawns once followed him around the yard, he always seems to spot an unusual bugs and other creatures and he just generally loves animals. A few years ago (I believe it was Spring 2011) he saw an owl in the woods.  He recently wrote about the experience. I’ve typed it up for easier reading and the only thing I changed were some minor spelling errors:

One day I was playing war and I was hiking in the woods by my house. I hiked so far that two hours passed. I decided to go home. When I was going back I saw a wing flap in a bush. I ran to the bush and saw that an owl was there. I watched it for about 30 minutes.

I realized it was stuck so I moved my hand and started to pet it. When I touched it, its enormous wings spread and they started to flap. It couldn’t get out. It was in a thorn bush and I bet it was injured. I wanted to take it home but I saw its razor sharp claws so I changed my mind. I realized I had to tell my parents. So I went home and told my parents.

He was breathless and wide-eyed and so excited when he told us the story. Also, he was gone for about a total of 45 minutes. Not three hours ahahha.

Me and my dad went into the woods together. When we got to the bush it was gone. I told my dad I wasn’t lying. He believed me. That night I had a dream that the owl was back and the mom came and took me and ate me! Then I woke up and went in the woods to see if it was back. But sure enough it was still gone. I couldn’t stop thinking about the owl. I went there again hoping it would be there.

This is where the “truth” of the story starts to get a bit dodgy:

But all that was there were feathers. I sat down for awhile and started to doze off. I was sitting on a pile of feathers so it was pretty comfy. I knew my couch was probably comfier. So I went home. I wondered what happened to the owl. I knew that a mountain lion lived near my house so I thought that it ate it. I also thought that it might have flown away. I thought about the mountain lion and I started to run. But I remembered there was no blood. So I slowed down. I was pretty cold so I was wearing a sweat shirt and jeans. I fell down and rolled down a really big hill. It didn’t even hurt even though my back hit a rock. 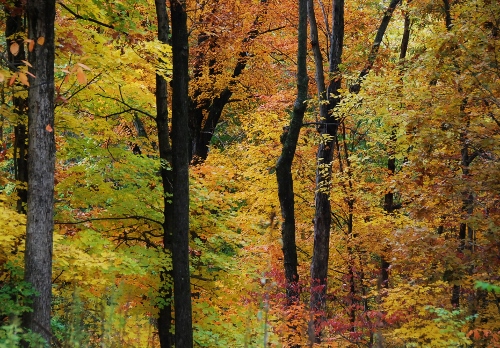 The woods in front of our house. 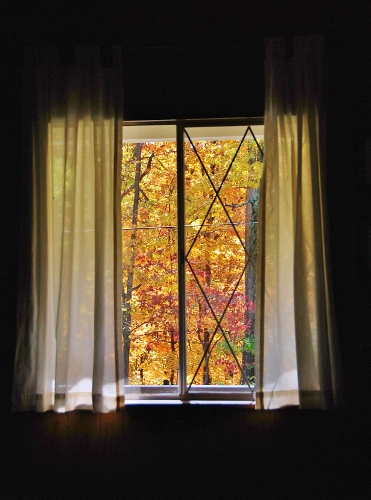 Seen from our window. 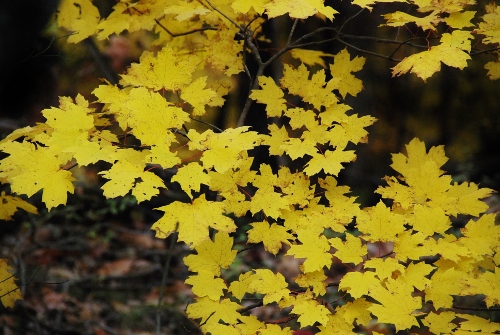 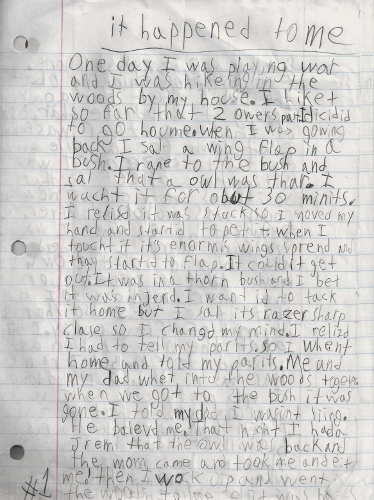 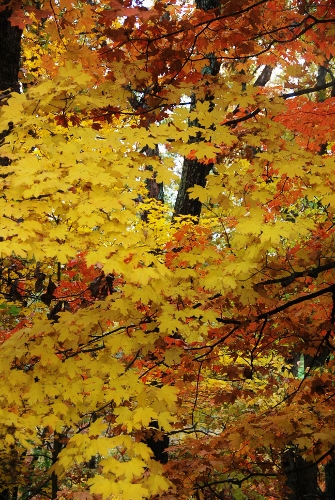 Here is another good owl story if you’d like another.