The St. Louis Cardinal’s are going to the World Series! Woooooo! Hoo!

In theory, we are New York Yankees fans. My husband is from New York. And I am from Florida, where 50% of people are from New York. But now, St. Louis is home sweet home.

So in practice, we are St. Louis Cardinal fans all the way. And by “all the way” I mean, we live in St. Louis, where I’m pretty sure that loving Cardinal baseball is required by law. 75% of people in St. Louis on any given game day (or the day after a win) are sporting Cardinal gear. It is pretty much impossible to live in St. Louis and not like the Cardinals. The following photographs exemplify some of the magic found in Busch Stadium (and St. Louisans and their baseball). Dan Donovan is a professional photographer and his blog and website are both worth checking out. His images are striking. Here are a few: 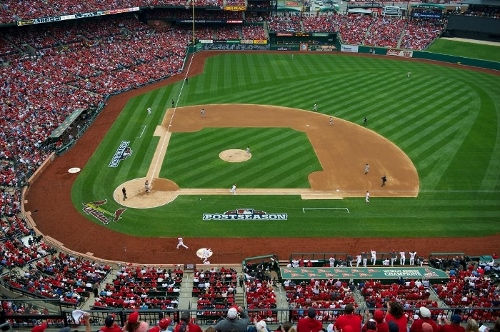 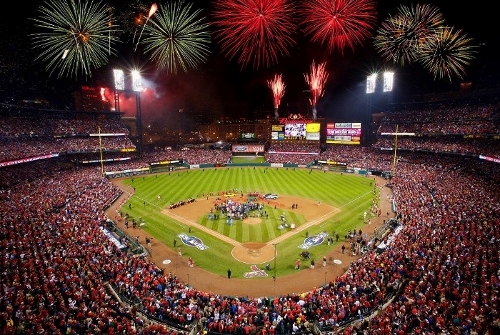 To Dan Donovan: If you would prefer I take your images off of this site let me know and I will be happy to just leave the links!

Here are a few of Spy Garden’s own Cardinal images:

Skip Schumaker at batting practice (2011). I wonder how he felt last night playing for LA? 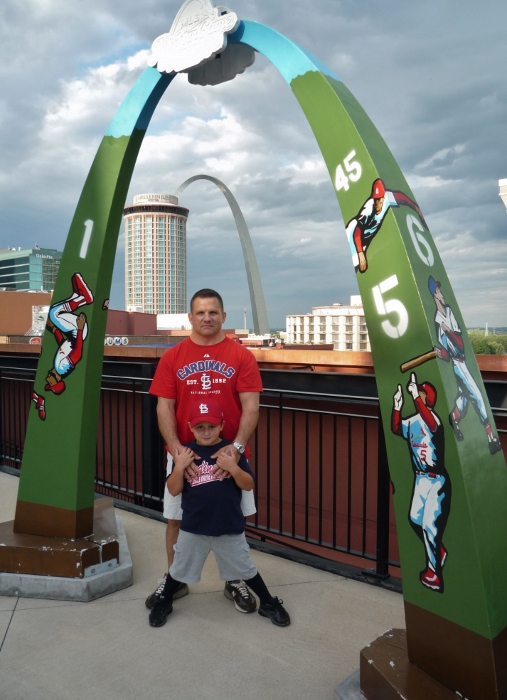 Dad and the Spy at Busch Stadium 2010

Baseball is the greatest game. I love the subtlety of baseball. There’s a strong sense of decorum and humility. The players nod and smile. There’s no grandstanding. They cheer in unison at a win or a great play. The uniforms are stylish (hello, pinstripes!)

So what does baseball have to do with gardening? 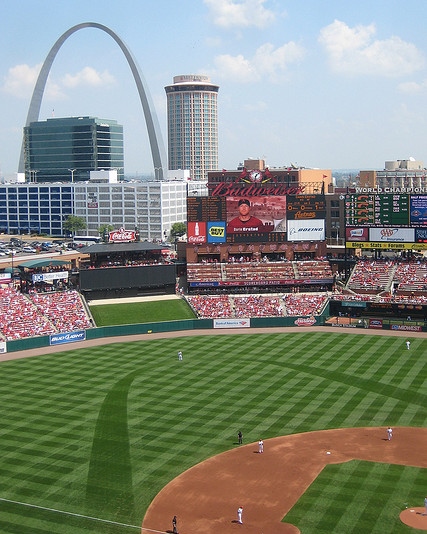 A perfect catenary of arch, mowed into a perfectly green field.

This, I can appreciate.

I can also appreciate this: 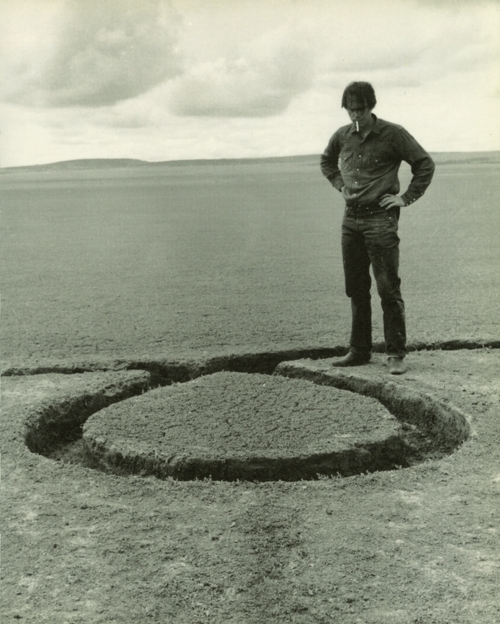 Which is art. Officially.

I wonder why a perfect catenary arch mowed into grass doesn’t qualify as art in the same manner as Michael Heizer’s earthworks? Too much money involved? Too popular? The artist is still living? Or perhaps because the creator does not claim himself as “artist” (either the mower, or the designer). I can appreciate both as works of art. But, is it only with the assertion that “I am an artist” that a creation becomes art?

5 thoughts on “55. Baseball, Gardening and Art”